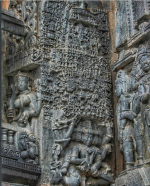 In hindu puranas lots of stories is there. this is also on of them After defeating his brother Kubera and looting Kubera city with his pushpaka vimana and Ravana was returning back to his kingdom.

While returning on the Pushpak Vimana Ravana came across a mysterious mountain(kailash) which he could not fly over mountain. Ravana tried many times, but failed. He then noticed a bull-shaped figure and when approached, Ravana learned that the entity was Nandi and that the mountain was none other than Kailash, home to the Lord Shiva.

On account of his recent victory, Ravana was obsessed of his power and considered himself invincible. He went on to insult Nandi and his Master, Shiva. Enraged at this arrogance, Nandi cursed Ravana that his downfall would be at the hands of monkeys. Unfazed, Ravana moved on and started lifting the entire kailash mountain on his arms. All of this happened while the Lord was meditating; as soon as the mountain started shaking, Shiva came out of his trance.Being the Omniscient One, Shiva realized the cause of the disturbance and at once decided to crush the arrogance of Ravana. Using His smallest toe, Shiva pressed into the mountain and the entire Kailash fell on the poor king who foolishly tried to lift it.

Ravana getting with full pain and his arrogance was crushed to bits. While crying in pain, Ravana cut off one of his heads and built a veena from it and used his tendons, veins and intestines for the strings of the veena and began singing the Shiva Tandava Stotram in praise of Nataraja. Easily pleased, the Lord came down and blessed to Ravana 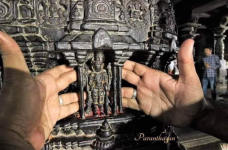 Staff member
Narasimha Pillar. Chennakeshava Temple, Belur. Karnataka. This pillar inside the temple was once capable of rotating on its own axis. May be in rituals it was rotated during the special evening prayers. 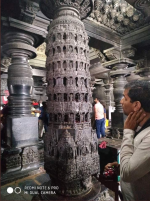 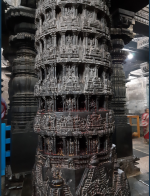 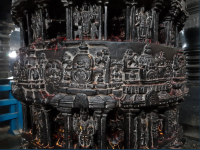 Staff member
These are columns of musical pillars stacked in an arithmetic array. 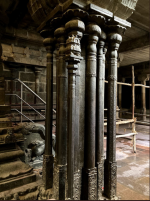 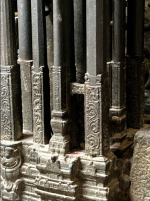 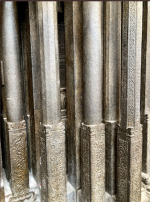 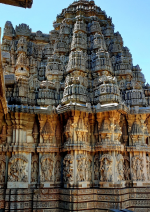 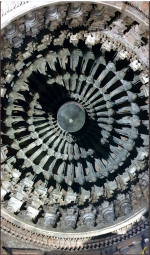 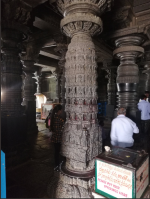 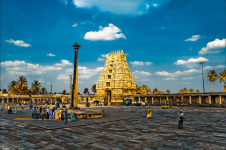 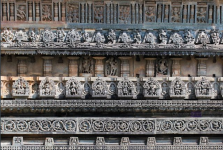